Mark your calendars to show your support for Greenbelt protections in Waterloo Region!

As announced in December, the Province of Ontario is proposing an expansion of the Greenbelt, and is studying seven possible areas for expansion. One of those areas is “The Waterloo and Paris/Galt moraine complex in Waterloo Region, and Brant and Wellington counties.”

The provincial government is hosting a local open house as part of these consultations, and we need you to be there! The open house will take place on Thursday February 22nd from 5:30 pm to 8:00 pm at the Tannery Event Space (151 Charles Street West, Kitchener).

People in Waterloo Region have been asking to be included in the Greenbelt for more than a decade. After being left out of the original Greenbelt, the provincial government is finally listening. Attend this open house to learn more, to share your views, and to show that it is finally time to give our area the extra layer of protection from urban sprawl that other communities have had for so long.

Let us know you’re coming on our Facebook event page.

If you can’t make it to the local consultation, you can still share your views online, by email, or on the Environmental Registry. See here for details.

On December 7, 2017, the provincial government announced that they are consulting on expansion of the Greenbelt into the outer ring of the Greater Golden Horseshoe. This includes Waterloo Region, where the Waterloo Moraine is one of six study areas proposed.

For full details, check out the  province’s page. You can also see our news release.

This consultation is great news for Waterloo Region, where our community members have been asking for Greenbelt protection for years and years. We are fortunate to already have strong local protections for our countryside, including the Countryside Line and Protected Countryside designations. But we need an extra layer of protection from the province to ensure that we protect our groundwater and countryside permanently. Two levels of protection would mean that one rogue politician cannot undermine decades of work to protect our community from urban sprawl. We need to make sure that the Greenbelt, after more than a decade, will finally come to Waterloo Region, and to make sure that its arrival will not lower any existing local protections we already have in place.

We hope you’ll submit comments in support of Greenbelt expansion into Waterloo Region, and participate in the open houses expected to be scheduled in January and February of 2018.

It’s been a busy spring for smart growth in Ontario. In the next few weeks, we’ll share some more detailed thoughts about everything that’s been happening and where the province is headed next. For now, we wanted to let you know about two of the major sets of changes that have happened over the last few months:

1) Ontario Municipal Board Reform: In May, the province announced enormous changes to the land use planning appeal process in Ontario. The most substantial change is that the province is replacing the Ontario Municipal Board with a new Local Planning Appeal Tribunal, which will be limited to deciding whether a municipal council has followed local and provincial planning policies. Changes also include new support for members of the public to participate in appeals, and procedural changes to streamline the appeal process.

The provincial review was in response to significant concerns from municipalities and community members about the operation of the Ontario Municipal Board, including from Waterloo Region. A bill implementing the proposed changes is currently working its way through the Ontario legislature.

The government released the updated versions of the plans on May 18th, and regulations enacting changes to the Greenbelt Plan and Growth Plan went into effect on July 1. And if you’re excited about all the technical details, you can see Part 1 and Part 2 of a webinar of the province’s technical briefing from June.

Over the coming months, we’ll be talking more about what these changes mean, and how all of it is playing out.

As many of you know, the province has been conducting a land use planning review. The deadline for comments as part of this phase of the review is October 31st. We’ve created a handy web form so you can send your comments to the review and to the relevant ministers.

We were also happy to see such a great turnout at our Snack and Smart Growth event in Kitchener in September. Many of you came out to talk about the review, meet others who are interested in smart growth, and eat delicious pies and cookies. 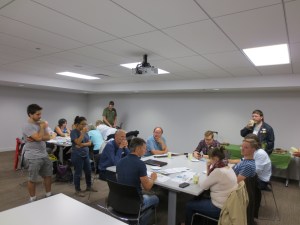 If you haven’t submitted comments yet, now is the time to make your voice heard. Whether you want to send a quick note in support of smart growth or get into the details, you’ll be helping to protect and strengthen these important provincial plans that defend our agriculture, our environment, and our urban centres. Please send your comments by October 31.

You can learn more about the government’s proposed changes in their summary document, or dig into the details of what’s proposed for the Growth Plan or the Greenbelt.

You can also read responses that have been submitted by us and by local municipalities:

On October 5, the provincial government announced what communities across Ontario have been waiting for: a comprehensive review of the Ontario Municipal Board.

Over the last several years, our community learned firsthand about the problems with the Ontario Municipal Board. A dangerous 2013 ruling from the OMB against the Region of Waterloo’s official plan and the province’s Growth Plan forced the Region to appeal to divisional court. While the Region managed to negotiate a settlement that protected our community’s smart growth goals, no municipality should have its plans for smart growth threatened in this way. The Region’s OMB case made it clear to people across Waterloo Region that the OMB needs reform.

Fortunately, many of the province’s proposed changes seek to address the kinds of problems we’ve seen in Waterloo Region. The province has released a public consultation document that outlines problems they’ve identified, what they’ve done to date, and changes they’re considering. These include changes to improve public participation, support local decision-making, make things more predictable, and have fewer decisions go to the OMB.

It’s crucial that the province get these changes right. There are two main things that you can do to help:

Don’t miss this crucial opportunity to help make sure that the OMB is finally fixed for all Ontarians. 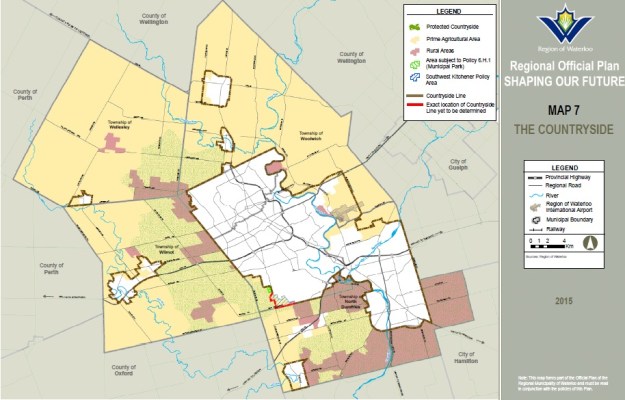 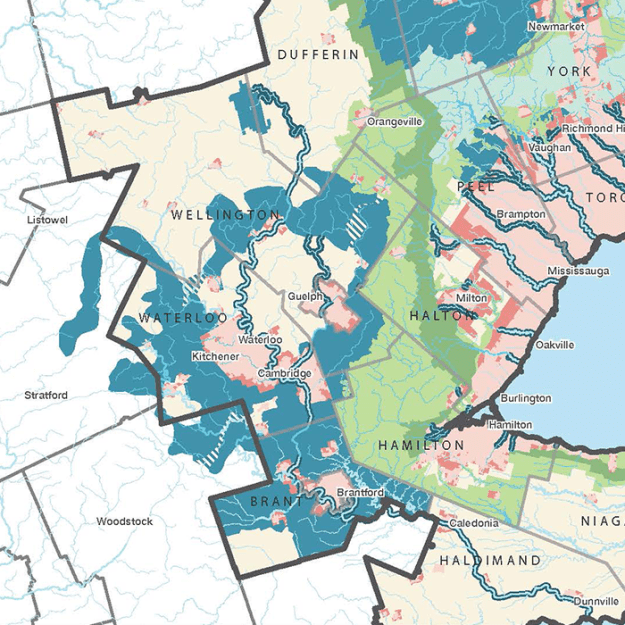 On May 10, the provincial government announced proposed changes to land use planning rules in Ontario.

There’s been a lot of excitement about some of these changes, and some of them should help other communities to follow the Region of Waterloo’s example in promoting intensification and higher densities for more livable urban areas, and coordinating land use planning with transit planning.

But this fight’s far from over.

We Need Your Help!

There are three things you can do right now to help make sure upcoming changes protect our agricultural and environmental resources and promote livable cities:

There’s lots to learn about the proposed changes. The official documentation from the province is all online, but that’s not all.

You can read our news release on the announcement here.

We’ve been quite pleased that a number of our local news organizations understand how important Greenbelt expansion in the area is, and have provided some solid coverage in the last two weeks:

You can also check out other responses to the announcement from other groups and writers: